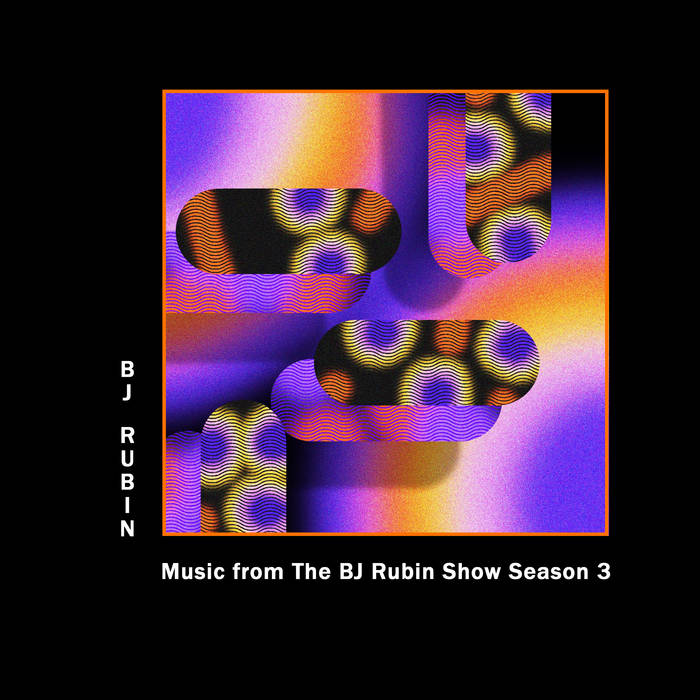 You are listening to the soundtrack album for Season 3 of The BJ Rubin Show. There are 4 sections, each produced by a different artist. Library music, they call it. I would like to thank all involved for their contributions. Here is a link to watch:

Liner notes from each of the individual artists as well as credits below:

BJ Rubin is a master of the television medium. Sometimes he lets me write music to become the backdrop to his genius. I am honored to be a part of it. I jump when he calls and then I wait by the phone hoping that the next time is just around the corner. While my sounds only occasionally match the genius of BJ’s sights, I nevertheless always enthusiastically attempt to climb this mountain of challenge. Featured on this wide-ranging album of soundtrack are 15 of my pieces. I will usually watch the video that BJ has sent me a few times and then I get out my keyboard and see what happens. Most everything is an improvised first take. I build on that and then see what happens.

The Channel 14 Weather Team is the moniker given to Adrian Knight and David Lackner when playing with Alice Cohen. The three musicians play together in each other’s projects: Alice has sung on Adrian’s records and in Blue Jazz TV. Adrian and David play in multiple bands together — including Purelle, Synthetic Love Dream, Blue Jazz TV, as well as composing and producing a myriad of projects.

For this recording, the three were asked to create background music for The BJ Rubin Show — a show that all of them have appeared on in various configurations. One afternoon in the autumn of 2017, they set up in the living room of David’s Greenpoint apartment and improvised for several hours — making off the cuff jams on the Fender Rhodes, Yamaha and Casio keyboards as sax, flute and guitar wove a psychedelic spell throughout. The results were as unpredictable as the weather — some whacked out shenanigans to chill and zone out to.

I have become very interested in electronic music, and this is an exploration of that. I recorded it at home one evening in 2018, using my Sequential Circuits Prophet 600 synthesizer.

Canticles for Electronic Music is generated from a six-note ordered set and its canonical transformations. The values of the intervals of this set determine everything from the note-to-note writing of individual lines to the large-scale formal divisions of the six sections, as well as the durations of the sections themselves.

Originally released on ugEXPLODE Records as ug54 in 2012