The BJ Rubin Show: Back In Black 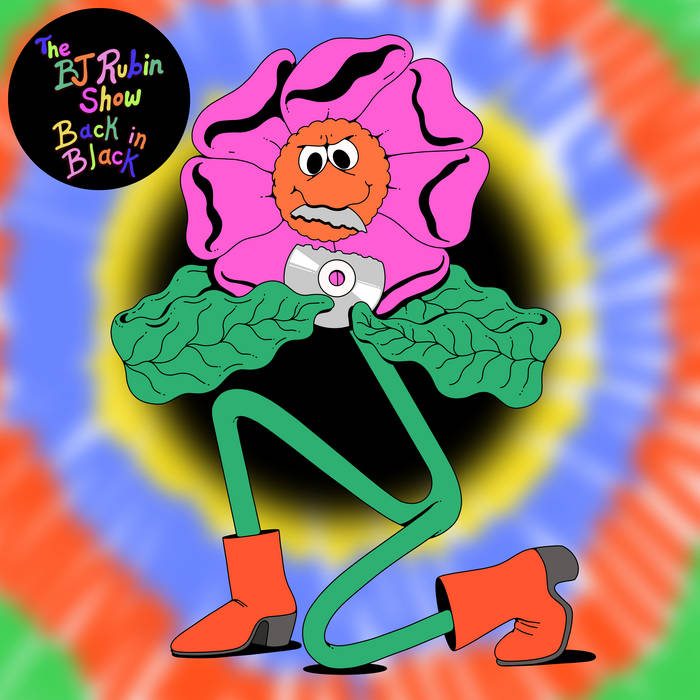 Compiling the soundtrack album for my show is one of the highlights of producing it. I love commissioning work from a wide variety of artists and seeing what they come up with. For the most part this music was meant to be heard in the background, but now you can listen to it front and center.
--BJ

When BJ asked me to do a cover of "Back in Black" featuring Billy G Robinson for his show, I said  " … huh … ok … if you say so...???". Billy and I had recently finished a record together called "Share My Chaise" under the name Billy N' Dave, so we were excited about the idea of getting into a new single. We wanted to infuse the track with our dollar-store-brand-slippery-sleaze-funk; something you can hum while strolling around Brooklyn in shades and a three piece suit on a beautiful day. Stay smooth, NYC.
--Dave

The BJ Rubin Show is a television program that focuses on live musical performance. A cavalcade of stars, palpable excitement, and visually a cinematic tour de force. The show is hosted, coincidentally, by an outspoken gentleman known as BJ Rubin (no relation).

What happens in between all of those incredible one-of-a-kind performances? God only knows. What is it like to be the music director for all those little breaks in between? That sounds like a job where you can just bring a book and read because there is nothing to do. Yet, Mr. Rubin has filled all of these in-between seconds with spectacular eye-catching content, and those seconds add up to minutes. And those seconds and minutes of sparkling color and movement beg for audio accompaniment — at least that’s what BJ tells me.

That’s where I come in. I get to see all these lovely bits before anyone else, get inspired, then twiddle a few knobs, and voila! All of a sudden you realize that you have over 50 songs of original material written exclusively for the new season of The BJ Rubin Show!
--Mark

We met BJ when we were touring in the US with Laetitia Sadier Source Ensemble. He invited us to play in his funny show, and we stayed in Brooklyn at his place for a few days. He told us that he would love to come visit, so we invited him for a few days the next summer in the South of France, where we live. It was a very hot august, and the house was full of family. BJ filmed lots of strange things for his show, and we laughed a lot, he also played in a video clip we were shooting, staying stoically with a costume and bass in the hot sun for a whole afternoon despite jet lag, on the day of his arrival… Before going, he asked us to record a song to illustrate the images that he had filmed, and we decided to make an improvisation, with very long loops. Emma installed the instruments and he and Vincent started playing, while we girls stayed outside on the terrace, listening to what they were doing. At some point, Emma gave me a mic to enter the game. It was a very beautiful night and BJ was very excited.
--Nina

Back In Black recorded in Brooklyn, NY 2019